A few days ago

The news is for manks

The most awesome “three services”

It’s too timely. I really appreciate the Jiaojiang District Committee and government. With this qualification, it is good for all aspects of the company. Tax relief, preferential bank interest, and even the purchase of equipment have opened a green channel. 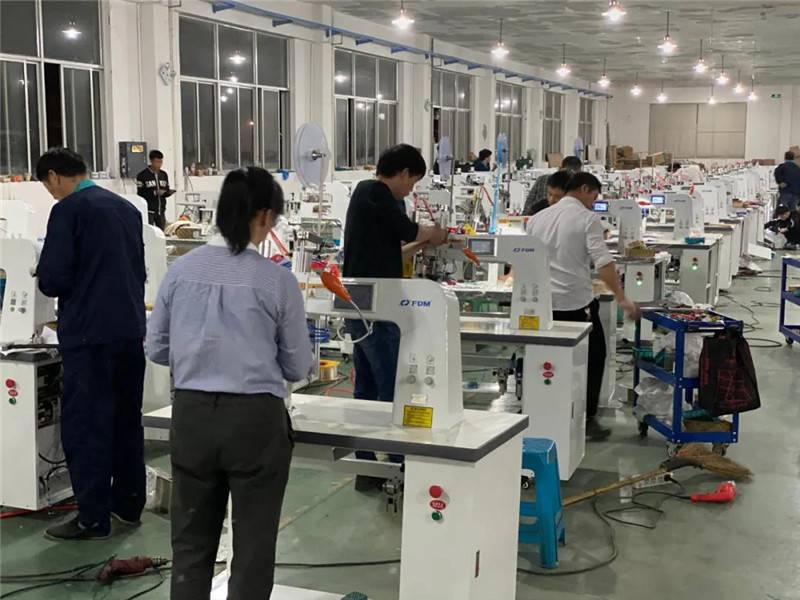 Under the epidemic situation

Have a sewing machine that can make protective clothing

It’s like having a hen laying a golden egg

And companies that make hens

There is no doubt that the cake is sweet

On the afternoon of March 26, the reporter went to manks sewing machine Co., Ltd., which is located in Hongjia street for the first time. In the huge equipment workshop, workers are still in the final debugging of a batch of sewing machines. The manufacturer’s small truck from Haining has been waiting for a long time. Because of the fear of “unable to grab” goods, manufacturers choose to “squat” directly at the door of the company to ensure that the newly produced sewing machine is loaded and delivered as soon as possible.

Mao Xiaoyong, general manager of Manx sewing machine Co., Ltd., “they ordered 60 sets, but we couldn’t hand them in. We had to send them 15 sets first, and even gave them the only prototype. Let’s solve their urgent needs first.”

What’s going on? Let’s get to know the company from the beginning

“No hope for sales, this machine is too small”

In early December 2019, manks developed a hot air seam sealing machine which can make professional medical protective clothing. At that time, Mao Xiaoyong and his father were not very optimistic about its market. “There was only one prototype when it was just developed, and it has not been put into production at all,” Mao said. The main purpose of developing this product is to enrich the company’s products. I don’t really hope for its sales volume. After all, its functions are too small. ”

Now, if time goes back to that December, Mao Xiaoyong said with a smile that the whole company must have set up the bed board and set out to produce this sewing machine.

But the enterprise did not dare to accept

“You have a hot air seam sealer, don’t you?”

On February 10, Mao Xiaoyong received an order phone call from a central enterprise. The epidemic broke out in an all-round way. The front-line protective clothing was in serious emergency. The other party went straight to the point and smashed a large order of 2000 units. He was so surprised that Mao Xiaoyong did not dare to answer the call on the spot.

“In February, there were no employees in the company, and the parts had not started production. Don’t say 2000, we have difficulties with 20. ” Mao Xiaoyong smiles bitterly. Is “fat meat” delivered to the door just like this? Mao Xiaoyong was unwilling. “How can such a large list not be moved? I didn’t refuse it directly. I’ve also tried many ways, such as trying to cooperate with other enterprises to produce together, or directly purchase parts, and speed up the assembly first… “In February of” chaos of war “, all enterprises were too busy, and Mao Xiaoyong’s method naturally failed. Finally, the order for 2000 units had to be rejected

The consultation call has been knocked out

“At most, I get more than 20 calls a day.” Mao Xiaoyong told reporters that the current domestic epidemic situation is alleviated, but there are still many orders. With the outbreak of the epidemic abroad, e-mails from Canada, Turkey, the Middle East, South America, Asia Pacific and other countries have also filled the company’s mailbox. Hot air seam sealing machine is in short supply in the world.

When enterprises are in trouble, the government should do its best to help them

“In February, we helped manks return to work and production, delivered anti epidemic materials, helped them standardize epidemic prevention measures, popularize science and kill knowledge. In March, knowing that they couldn’t keep up with the speed of parts production, they worked with the street to help contact other manufacturers, and first purchased parts to replace their own production, so as to raise the output first. ” Zhang Linghui, an enterprise service specialist, told reporters that although he has been working hard to “run”, these measures are only a drop in the bucket after all, and the core productivity of the enterprise has been difficult to speed up.

Until he saw the news that Zhejiang Province issued a key guarantee material production enterprise for epidemic prevention and control, Zhang Linghui understood that this was an opportunity for manks. Therefore, he quickly called to Hongjia Street staff to “help” and went to the district development and Reform Bureau. Understand the application conditions, introduce the situation of the enterprise in detail, strive for the quota for max, and provide strong production guarantee for the enterprise with the most powerful, timely and warm “three services”. 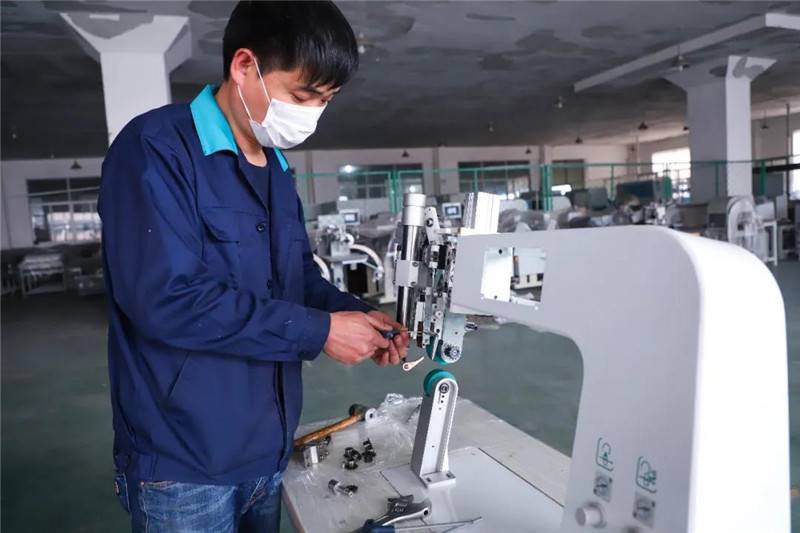 When people gather firewood, the flame is high

From February, the monthly output is 5 sets

In March, the monthly output is 20 sets

In April, the monthly output was 900 sets

By may, it is expected to produce 1500 sets a month